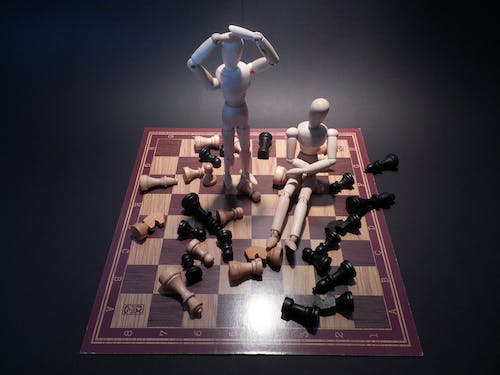 For a game analogous to life,  emotions are banned.

For a game touted as the "philosopher's game", bloodshed rules

Theory, trickery, intuition, logic and experience come out to play

A battle of ideas ensues

A myriad of possibilities abound

Chess dominates on the sixty-four squares

Amidst the storm on the board, the poker-faced player must defeat his nerves first

There is a finite number of moves till Checkmate, but infinite possibilities

Nothing mirrors life better than Chess.

Is Chess Really for The Smart? Or is it for the Cold-Hearted?

Learn to Play Chess From Scratch

Play Whot against another player online and whoever wins, wins the total money played on that game e.g. N100 to win N180